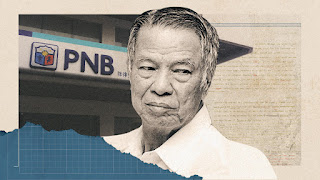 The bank owned by billionaire Lucio Tan said it is planning to dispose of a 10-hectare property near Manila Bay, an office building, and a prime lot in Makati City, Bloomberg reported. The news agency said the source declined to be identified as the deal is pending approval from shareholders and regulators.

While a PNB spokesperson declined to comment, the listed company issued a statement about the reported sale to the Philippine Stock Exchange.

“Please be advised that PNB is currently in the process of assessing the scope of the project, including the identification of specific properties,” the company said. “As previously reported, the final terms and conditions of the underlying transactions will be disclosed accordingly once the necessary corporate and regulatory approvals are obtained.”

David Leechiu of Leechiu Property Consultants Inc told Bloomberg the estimated value of the properties is about P43.7 billion (about $900 million).

PNB, which is under Tan’s LT Group, contributed P795 million or eight percent to the conglomerate’s total attributable net income during the first half of the year. Total net income, however, was P1.44 billion, 64 percent lower than the P2.60 billion it posted in 2019.

But Tan’s other businesses, particularly Philippine Airlines, have not been spared the ravages of the coronavirus pandemic. PAL Holdings Inc., the parent company of the nation’s flag carrier, reported a comprehensive loss of P22.02 billion in the first six months of 2020. That’s P19.01 billion higher than the P3.01 billion loss it reported in the same period last year.

at September 17, 2020
Email ThisBlogThis!Share to TwitterShare to FacebookShare to Pinterest
Labels: Business