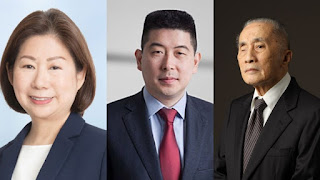 With the economy down and hundreds of businesses losing profits due to the six-month lockdown, the richest individuals in the Philippines are witnessing their fortunes fall—fast. According to Forbes, “The collective wealth of the Philippines’ 50 Richest dropped to $60.6 billion (P2.9 trillion) from $78 billion (P3.8 trillion) a year earlier.”

In the top 10 arena, the billionaires managed keep their spot among the richest of the rich—except for the Ty siblings of Metrobank who lost 46 percent of their family fortune, which is now at $1.4 billion (P67.8 billion), down from $2.6 billion (P125.9 billion) in 2019.

With the Tys out, the Cos are in. Puregold’s owners, husband-wife duo Lucio and Susan Co, made their way to position 10 on the rich list, up four places from 2019. Their net worth is now at $1.7 billion (P82.4 billion) after experiencing minimal losses from their net worth of $1.8 billion (P87.2 billion) in 2019.

Of the 50 billionaires and millionaires on the list, 32 experienced losses in their net worth. Some could count their losses as a drop in the bucket, but others saw half of their entire fortunes wiped out.

To the misfortune of Oscar Lopez (ranked 32), a majority stakeholder of ABS-CBN, his company faced trouble on two fronts: first, the pandemic, and second, the refusal of congress to grant ABS-CBN a franchise, halting majority of the broadcasting company’s operations indefinitely. According to Forbes, the chairman emeritus of Lopez Holdings lost almost half of his wealth, with his net worth down to $240 million (P11.6 billion).

Yet Lopez is still wealthier than the owners of ABS-CBN’s competitor GMA. The network’s CEO Felipe Gozon comes in at position 42 with a net worth of $170 million (P8.2 billion), while Menardo Jimenez, Gozon’s brother-in-law and a former president of GMA Network, banks $125 million (P6 billion) at 47th place.

Meanwhile, the biggest winner of 2020 was undoubtedly Edgar “Injap” Sia II, (21) head of DoubleDragon Properties, who launched the IPO of MerryMart. Despite debuting in the middle of the pandemic, MerryMart’s IPO was met with great success, adding $300 million (P14.5 billion) to Sia’s wealth. The founder of Mang Inasal is now worth $700 million (P33.9 billion).

At number four, the six Gokongwei siblings are newcomers to the list, occupying the slot of their late father John Gokongwei Jr., who passed away in late 2019. His fortune was inherited by his children Lance, Robina, Lisa, Faith, Hope, and Marcia. Lance now runs JG Summit as CEO. Their combined wealth is $4.1 billion (P198.7 billion).

Also coming into an inherited fortune is Soledad Oppen-Cojuangco (16), whose husband Eduardo “Danding” Cojuangco of San Miguel Corp. passed away in June of this year. She now shares her fortune of $1.15 billion (P55.7 billion) with her four children.

at September 17, 2020
Email ThisBlogThis!Share to TwitterShare to FacebookShare to Pinterest
Labels: Wealth